Franko B in collaboration with Hugo Glendinning 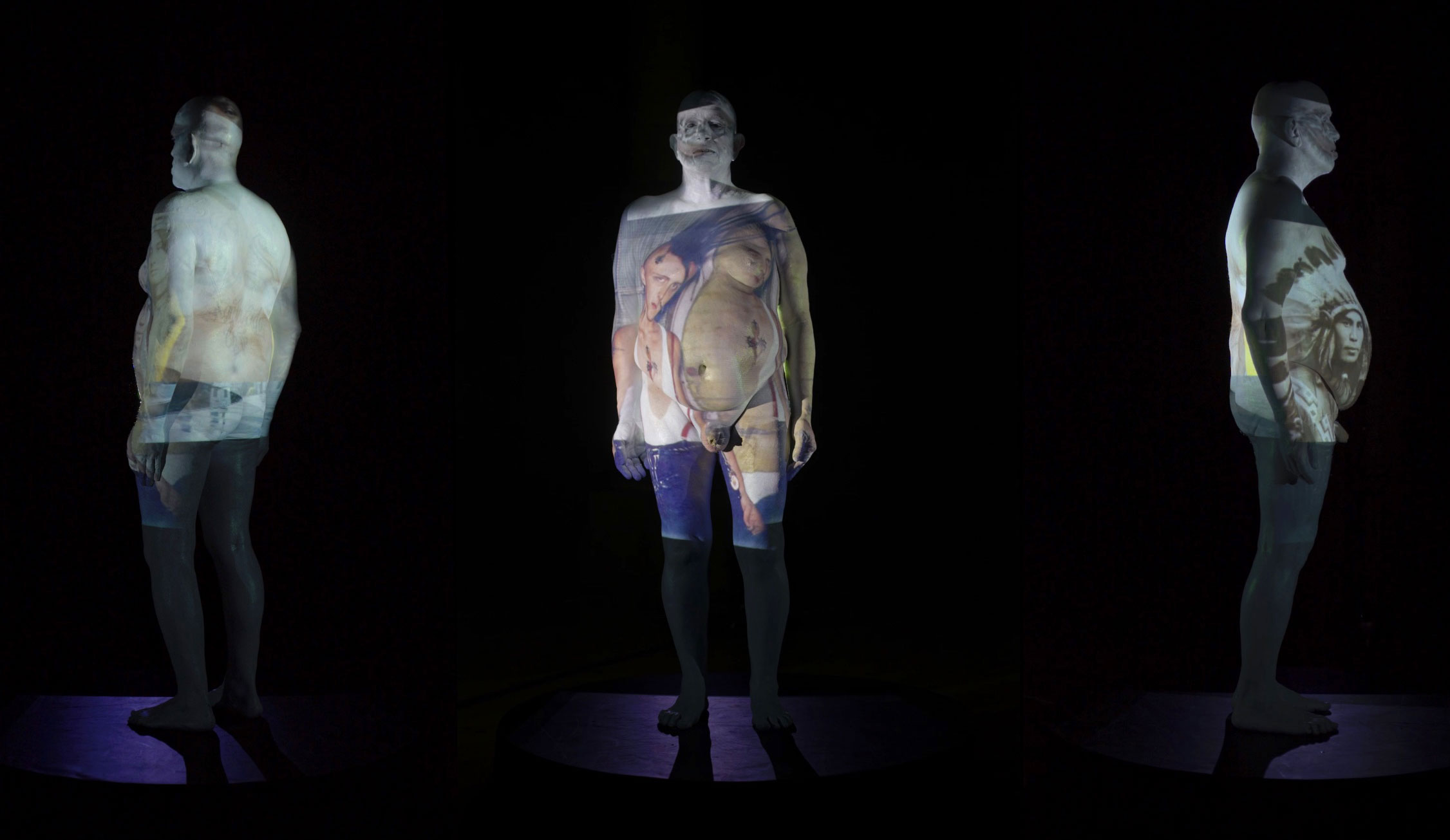 Franko B is set to release his first NFT in collaboration with critically acclaimed photographer and filmmaker Hugo Glendinning.

Over 370 NFTs will be available to buy on Opensea.io, minted from documentation of Franko’s sold-out 2021 performance I’m Here. With ownership of each NFT comes a piece of unlockable content - a golden ticket to a Franko B metaverse performance one year from the launch date - on 27 January 2023. The metaverse performance will be exclusively only to those who have purchased an NFT.

This NFT launch marks a shift in the traditional methods of performance documentation, disrupting the outdated and elitist acquisition methods of contemporary Art. Furthermore, the transition of a live touring performance from the physical realm into the digital sphere of the metaverse will be the first piece of performance art of its kind.

In the live touring performance of I’m Here, the artist used innovative body-mapping techniques to project 7000 found images and 30 years of archival footage onto his body. Through the projections, the artist revisited his seminal blood-letting works for the first time in his practice, recontextualising them into a global history of war, abandonment, homophobia, freedom, displacement, famine and sex.

The performance was documented as a triptych by Glendinning who split the 15-minute performance into over 22,000 stills and selected a total of 360 unique stills to mint as NFTs, referencing the degrees of rotation from the composition of the performance.

On Franko’s 62nd Birthday, 27 January 2022, there will be 2 different forms of NFTs available:
• 360 still images - 30 to be released on the 27th of every month for one year
•12 55 second looping animations - to be released throughout 2022 - consisting of one full rotation per animation.

This collaboration between the two creatives comes after a 20 year partnership. Glendinning has photographed some of Franko’s most iconic performances including I Miss You (1999-2005), Still Life (2003-6), and Because of Love (2012-4).

Blood, Sex and Monsters:
Franko B in conversation with Maria Abramenko for Nasty Magazine >

Born in Milan, Italy, 1960. Franko B moved to London in 1979 integrating into the anarcho-punk scene. He began performing in nightclubs, including the legendary fetish night FIST and, by way of his blood performances, was later responsible for bringing subversive body art into the leading art institutions including ICA, Tate Modern, and Arnolofini. A pioneering artist, Franko B uses his body as a tool to explore the themes of the personal, political, poetic, resistance, suffering and the reminder of our own mortality. Trawling the media everyday, his body of work responds to contemporary politics through the lens of the vulnerable individual. His practice spans curating, drawing, installation, performance and sculpture.

Hugo Glendinning has been working as a photographer and filmmaker since the 1980s. His output stretches across the cultural industries from contemporary art collaborations in video and photography, through performance documentation to portraiture. He has published and exhibited work internationally, notably his continuing project of documentation and the investigation of performance with Tim Etchells and Forced Entertainment Theatre Company. His work with artists Paola Pivi, Martin Creed, Matthew Barney, Janine Antoni, Yinka Shonibare MBE and of course Franko B are in private collections and museums around the world.